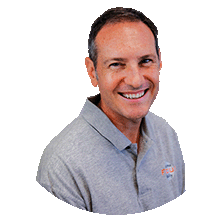 The percentage of homes with mortgages that have late payments or are in foreclosure has dropped to the lowest seen on record in more than two decades, according to CoreLogic’s data dating back to 1999. The nation’s overall delinquency dropped to 3.4% at the end of 2021, with the majority of states posting a year-over-year decrease in delinquencies, according to CoreLogic’s newly released Loan Performance Insights report.

The data also reflects a time when pandemic-related forbearance aid was put in place to help financially struggling homeowners, although for many owners it had expired by the end of the year. U.S. employment has been robust and home equity levels have been on the rise, both of which have helped keep homeowners from going under. Lenders also reportedly have been stricter when issuing loans during the pandemic, ensuring it was to borrowers who were unaffected by hardships.

The majority of states saw a yearly decline in mortgage delinquencies, except for parts of Louisiana, which researchers attributed to damages from Hurricane Ida.

Otherwise, improvement in delinquency numbers suggested stronger loan performance across the board at the end of 2021. “The 30-, 60-day, and foreclosure rates are at the lowest that we’ve seen in a generation,” Frank Nothaft, chief economist at CoreLogic told the National Mortgage News. “What’s still elevated is the serious delinquency rate (90 days or more past due). Even though that’s way down from the peak we saw in 2020, it’s still above pre-pandemic levels.”

As for 2022 expectations, the data may not be as rosy coming off such low numbers. “There will be some distressed sales in the marketplace,” Nothaft says. “So we’ll see an uptick in that in 2022.” But rising home equity could help alleviate some possible distress as financially strapped homeowners may opt to sell instead.

New data from NAR! The number of

Home sellers may be asked to reduce

As far as the real estate market

Are you up for a cup of