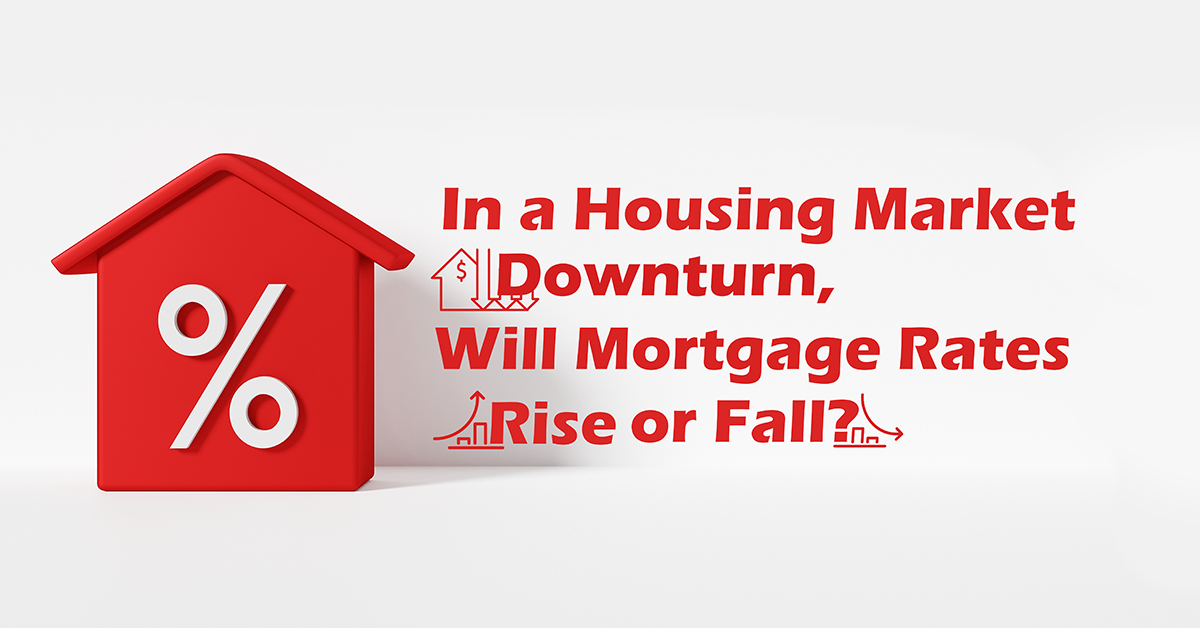 Concerns about the next recession have returned, and for some, this means increased mortgage rates. However, it is still being determined how rates will react this time. Are higher mortgage rates guaranteed if we are in or near a recession?

The National Bureau of Economic Research (NBER) defines a recession as “a large fall in economic activity that is widespread across the economy and lasts longer than a few months”. Simply put, this means that the economy has been declining rather than increasing for an extended period of time. The definition of a recession is widely held to be 2 successive quarters of negative GDP growth, although the conditions are significantly more subtle. While the Federal Reserve establishes monetary policy that affects a wide range of financial products, fixed mortgage rates are determined by the 10-year Treasury yield, this measure does not guarantee immunity to broader economic dynamics.

To combat inflation, the Federal Reserve has boosted its standard federal fund’s rate four times this year, most recently at its past two meetings, affecting short-term borrowing expenses including credit cards, auto loans, and adjustable-rate loans for home equity. However, a recession could in fact be beneficial to mortgage borrowers.

“Longer-term interest rates, which mortgage rates are reflective of, are influenced by the prospects of future economic growth,” The figure above depicts the average 30-year fixed-rate mortgage based on Freddie Mac data obtained from FRED. The shaded areas are recessions in the United States. The most recent recession was the COVID-19 recession, which ran from February to April 2020. Although it was brief, the 30-year fixed mortgage fell from 3.45% to 3.23% over that time period, according to Freddie Mac’s weekly survey. After then, rates fell further, eventually reaching historically low levels in January 2021.

Mortgage rates fell in all instances during a recession. Of course, the decrease ranged from 0.22% to roughly 3%. The single exception was the 1973-1975 depression, which was precipitated by the 1973 oil crisis, and during which interest rates rose from 8.58% to 8.89%.
That was a time of stagflation, which some economists say is occurring again. That is yet to be seen. Clearly, homeowners, potential home purchasers, and the mortgage industry are all hoping for the latter, significant drop. When comparing those time periods, some economists relate the 1980s to now, suggesting that we may soon see major respite. A recession may be a good moment to buy for individuals who can take advantage of lower house prices and cheaper financing costs.

Recessions also serve as a reminder that adversity can lead to new chances. While history does not necessarily repeat itself, we can benefit from it and find solace in the trends of the past. Engaging with a local expert can help you make the right decision. If another recession arrives, know that it, too, shall pass.

According to the survey, a greater percentage

Scoring on a bargain will be easier

To get a clearer concept of what