Freddie Mac and Fannie Mae can both work to get a more competitive mortgage. Knowing the differences between the two will help locate the right lender. 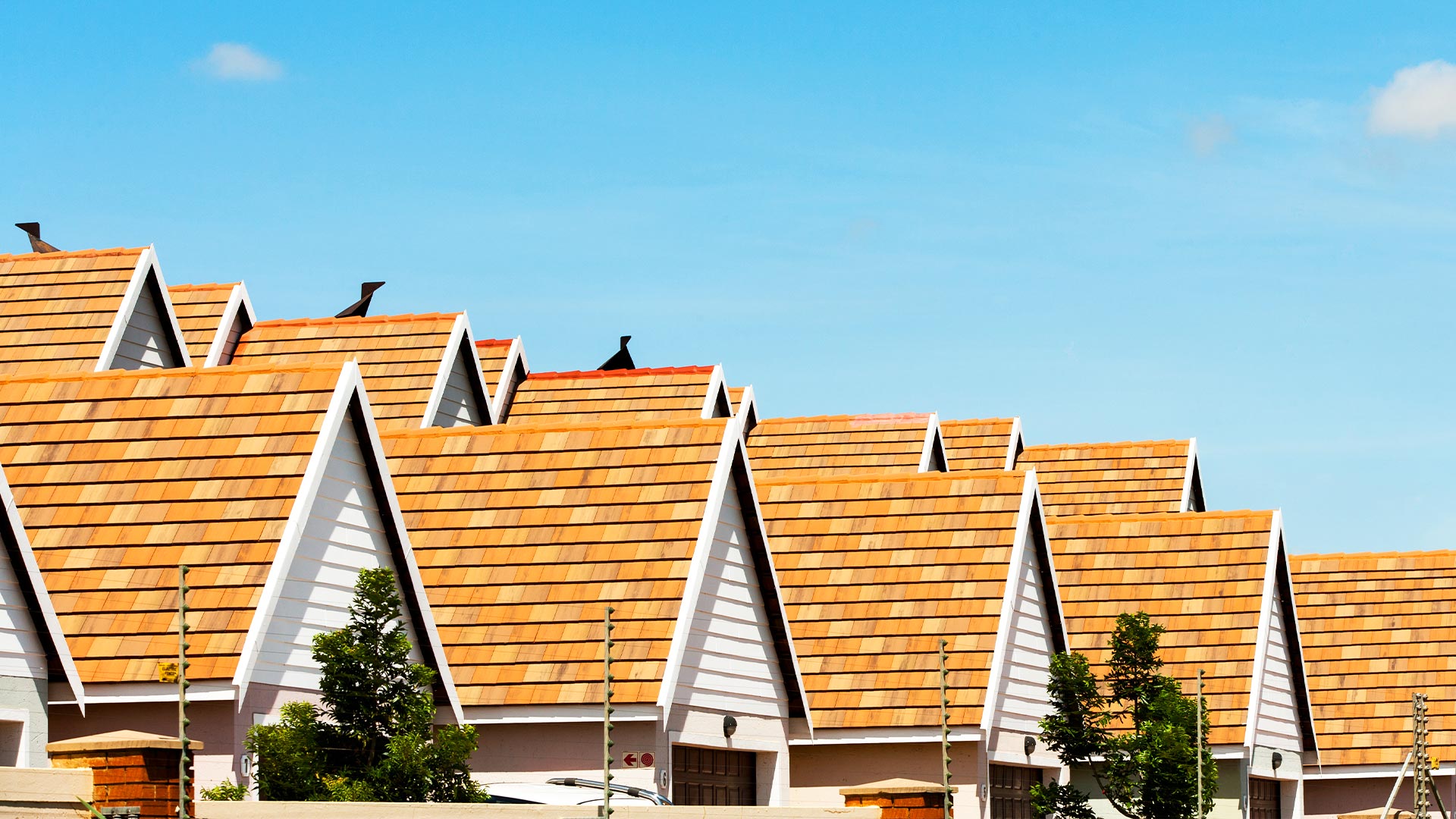 Fannie Mae and Freddie Mac are like salt and pepper

You seldom hear of one without the other. And in a lot of ways, Fannie Mae and Freddie Mac work together and complement one another. But they have some key differences, too.

In fact, Freddie Mac — which came after Fannie Mae — was created to be its biggest rival. Their competition in the mortgage market helps keep rates low for American homebuyers.

If you’re shopping for a mortgage, the main thing you should know about Fannie Mae vs. Freddie Mac is this: They both set standards for who can and can’t qualify for a mortgage. But one of the two might be friendlier toward your situation and offer a lower rate.

So make sure you work with a lender that offers loans backed by both Fannie Mae and Freddie Mac. They’ll be able to get you a more competitive price.

If you want to learn more about how the two companies compare — and how they affect your mortgage — read on.

Similarities: What Fannie Mae and Freddie Mac do

Freddie Mac and Fannie Mae both operate in the “secondary mortgage market.” This means they buy consumer mortgages from local lenders, package them as securities, and then sell the interest to investors worldwide.

Together, Fannie and Freddie make possible most of the low-cost, low-risk mortgages we see today.

Another similarity? Both companies were taken over by the federal government in 2008, post-housing crash. Whether or not the two will remain in government “conservatorship” is currently being decided in court (more on that below).

Whatever the outcome, Fannie Mae and Freddie Mac seem to be tied together for the long haul.

Similarities: How Fannie Mae and Freddie Mac help you save money

As a mortgage borrower, you can’t go to your nearby Fannie Mae or Freddie Bank branch and apply for a loan. That’s because the two companies don’t actually sell mortgages.

Instead, what happens is this:

Fannie Mae and Freddie Mac get much of their money from investors worldwide by selling interests as mortgage-backed securities (MBS). The MBS are created by bundling thousands of mortgage loans together to make a security.

Thanks to the extra revenue Fannie and Freddie bring into the U.S., there’s plenty of lending money to go ’round. That means consumers aren’t competing for limited funds, and rates stay relatively low.

Fannie Mae and Freddie Mac buy about 66% of U.S. mortgages. But they won’t back every mortgage. The loans they buy have to be considered “low-risk” to be sold on the secondary market and make it worth their while.

To guarantee their investments are low-risk, Fannie Mae and Freddie Mac set guidelines for the types of loans they’ll buy. Mortgages that meet these guidelines are called “conventional” or “conforming” loans.

For instance, a conforming mortgage cannot be longer than 30 years. There are also loan limits to assure that Fannie Mae and Freddie Mac do not buy mortgages which are too big. And lenders must verify that the borrower has the ability to repay the debt. There are many, many other standards as well.

That said, borrowers who don’t fit the Fannie/Freddie guidelines aren’t necessarily out of luck. Many will fit the more flexible guidelines required for a government-backed loan like FHA, USDA, or VA.

All the loans bought by Fannie Mae and Freddie Mac are called “conforming” or “conventional” loans. But the two companies’ guidelines aren’t exactly the same.

Depending on your unique financial profile — credit history, debt levels, current income, etc. — there’s a chance you could qualify for a conventional loan backed by one agency but not the other.

That’s why we recommend choosing a lender that offers both Fannie Mae- and Freddie Mac backed loans. They’ll be able to run your profile by both companies and see where you can more easily get approved.

Fannie Mae (the first of the two companies) dates all the way back to the Great Depression.

The housing market, like all industries, was hard-hit in the 1930s. A quarter of the country was unemployed. And in some places, it was cheaper to bulldoze houses than sell them through foreclosure.

Thousands of banks had failed during the Great Depression, and the ones that remained had little capital. They could not easily make mortgages.

In order to re-start the housing market, the government created the Federal National Mortgage Association (FNMA) in 1938. Today, we call the FNMA “Fannie Mae.”

The creation of Fannie Mae was one of the important steps that helped end the Great Depression.

Fannie Mae re-ignited the mortgage lending system. To understand how, imagine this scenario:

Then Fannie Mae came along. It bought the mortgages from the bank, and as a result, the bank had money to lend once more.

With more home sales there were more jobs and home values began to rise. The creation of Fannie Mae was one of the important steps that helped end the Great Depression.

However, it was not a corporation in the sense of General Motors or Google. It was a “GSE” or government-sponsored enterprise and had special advantages.

For instance, Fannie Mae could borrow up to $2.25 billion directly from the Treasury. It did not have to pay state and local taxes. It sold stock but did not have to follow many securities laws.

These advantages allowed Fannie Mae to pay less for the money it borrowed. It also assured investors that the company was secure.

Which leads to the creation of Freddie Mac

Freddie Mac was set up in 1970 to create competition. It was designed to give lenders another way to sell their loans. This was meant to push down Fannie Mae fees and charges, and lower mortgage costs overall.

Freddie Mac was set up to create competition with Fannie Mae. They help push down eachother’s fees and charges, which keeps mortgage rates low for borrowers.

Like Fannie Mae, Freddie Mac is a GSE. It had the same line of credit with the Treasury, exemptions from state and local taxes, and could ignore securities laws.

So while the two companies look almost identical from the outside, they’re actually in constant competition for mortgage business behind the scenes.

Are Fannie Mae and Freddie Mac owned by the government?

In 2008, as a result of the mortgage meltdown, Fannie Mae and Freddie Mac were taken over by the federal government. However, the government does not own the two companies. Instead, it holds warranties that allow it to buy a controlling amount of Fannie and Freddie stock at any time.

Fannie and Freddie are in what’s called “government conservatorship.”

Pro Publica reports that Fannie Mae received $120 billion in federal loans. It has paid back nearly $185 billion. That’s almost $65 billion in profit to the Treasury.

The story is much the same with Freddie Mac. It received $71.6 billion in federal loans according to Pro Publica. It has paid back $122 billion.

The take-over of Fannie Mae and Freddie Mac is now in court. Shareholders are suing. Why? Because it’s not clear that the two GSEs ever had financial problems.

Just weeks before they were taken over, the federal government announced that Fannie Mae and Freddie Mac had “large liquidity portfolios, access to the debt market and over $1.5 trillion in unpledged assets.” Not exactly evidence of financial troubles.

There are now several plans under discussion to change the status of Fannie Mae and Freddie Mac. Maybe they will become private companies. Perhaps they will continue within a conservatorship. No one knows what will happen. Meanwhile, the government continues to collect massive dividends.

What it all means for you

You’ll never get a mortgage directly from Fannie Mae or Freddie Mac. But it’s important to understand their guidelines and make sure you’re getting the most affordable loan possible.