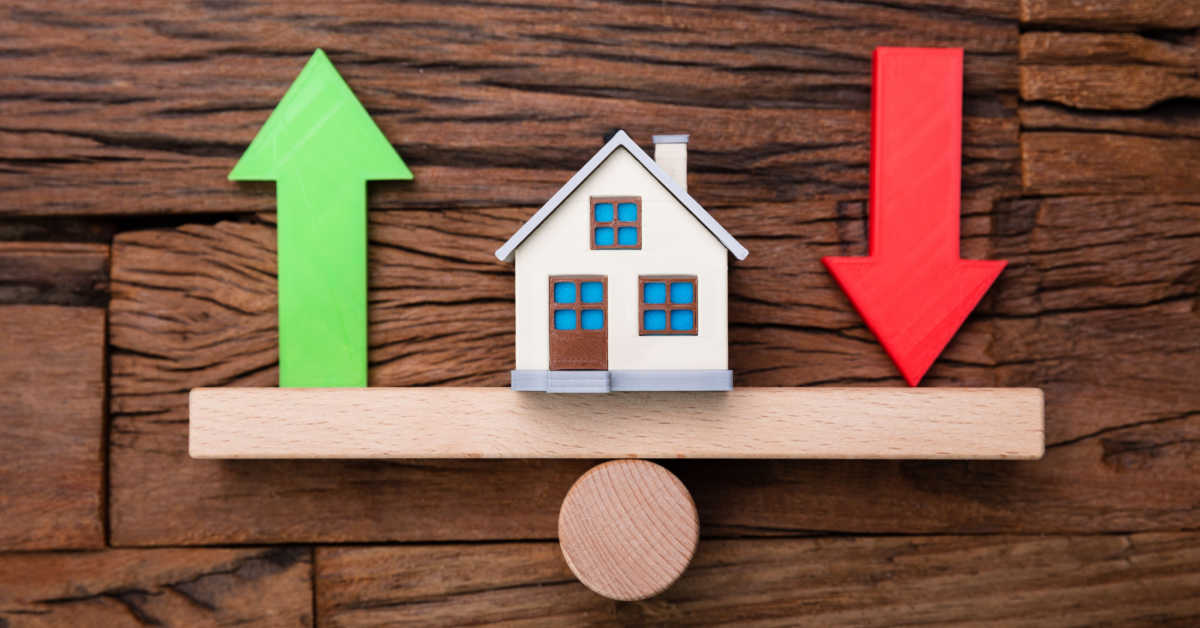 Affordability continued its rapid decline in August 2022, as the Real House Price Index (RHPI) soared 49 percent on an annual basis. The ongoing and swift decline in affordability was driven by a 15 percent increase in nominal house prices and a 2.4 percentage point increase in the 30-year, fixed mortgage rate compared with one year ago. As affordability wanes, would-be buyers are pulling back from the market, prompting annual house price appreciation to fall from its recent peak. Nationally, annual house price growth peaked in March at nearly 21 percent but has since fallen by approximately 6 percentage points to 15 percent in August. Nominal house price appreciation is poised to fall further as the hot sellers’ market of early 2022 turns in favor of buyers.

"House price appreciation has slowed in all 50 markets we track, but the deceleration is generally more dramatic in areas that experienced the strongest peak appreciation rates."

For home buyers, the loss of affordability caused by a higher mortgage rate can be mitigated with an equivalent, if not greater, increase in household income or by choosing an adjustable-rate mortgage (ARM), which typically has a lower rate than a 30-year, fixed-rate mortgage. Even though higher household income and ARMs help to increase consumer house-buying power, they’re not enough to offset the affordability loss from higher rates and fast-rising nominal prices.

Double-digit national house price growth was not sustainable in the long run, so what went up so quickly, must eventually come down. But real estate is local, so it’s important to analyze how the deceleration in house prices varies by market.

While house price appreciation in all top 50 markets has slowed from recent peaks, some markets’ growth rates have cooled faster than others. The chart below shows the difference between the 2021 or 2022 peak of annual house price appreciation and the August 2022 level for each respective market. The markets are rank ordered from the largest to the smallest percentage point difference.

House price appreciation has slowed in all 50 markets we track, but the deceleration is generally more dramatic in areas that experienced the strongest peak appreciation rates. However, price appreciation has proven more resilient in parts of Florida. Miami, Tampa, Orlando, and Jacksonville had peak house price growth rates near or above 30 percent, but their fall from peak has not been as severe as in other markets.

While house prices historically have been resistant or slow to decline, a dynamic referred to as ‘downside sticky,’ the recent decline in affordability has forced sellers to adjust their price expectations. Homeowners have to resist the recency bias of the hot 2021 market and adjust to a market where buyers are facing mortgage rates approaching 7 percent. As a result, it’s no surprise that price cuts are becoming more common. 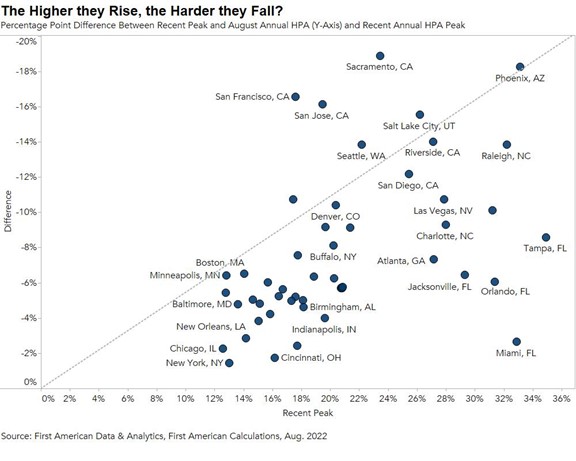 Slowing price appreciation is expected to continue as the housing market adjusts to the decline in affordability and the pandemic-era sellers’ market turns in favor of buyers. Double-digit house price growth was not sustainable in the long run, so what went up so quickly, is now coming down. However, don’t expect a housing bust like the mid-2000s, as lending standards in this housing cycle have been much tighter and homeowners have historically high levels of home equity, so there likely won’t be a surge in foreclosures.

For more analysis of affordability, please visit the Real House Price Index. The RHPI is updated monthly with new data. Look for the next edition of the RHPI the week of November 28, 2022.

Opinions, estimates, forecasts, and other views contained in this page are those of First American’s Chief Economist, do not necessarily represent the views of First American or its management, should not be construed as indicating First American’s business prospects or expected results, and are subject to change without notice. Although the First American Economics team attempts to provide reliable, useful information, it does not guarantee that the information is accurate, current, or suitable for any particular purpose. © 2022 by First American. Information from this page may be used with proper attribution. 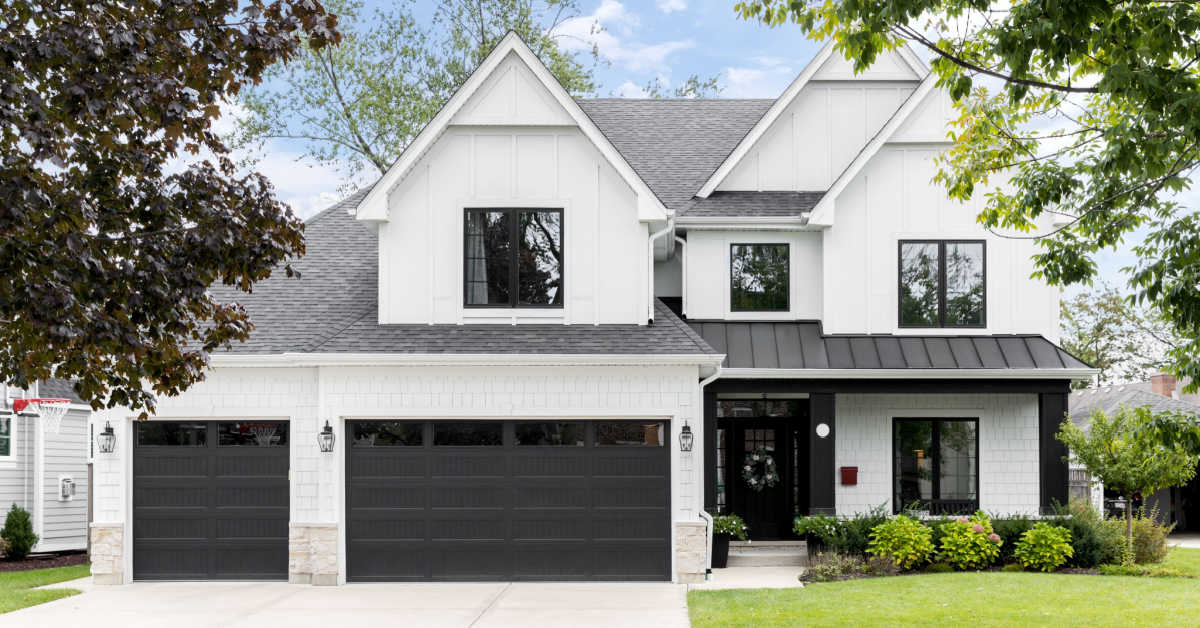 To get the economy back on track, 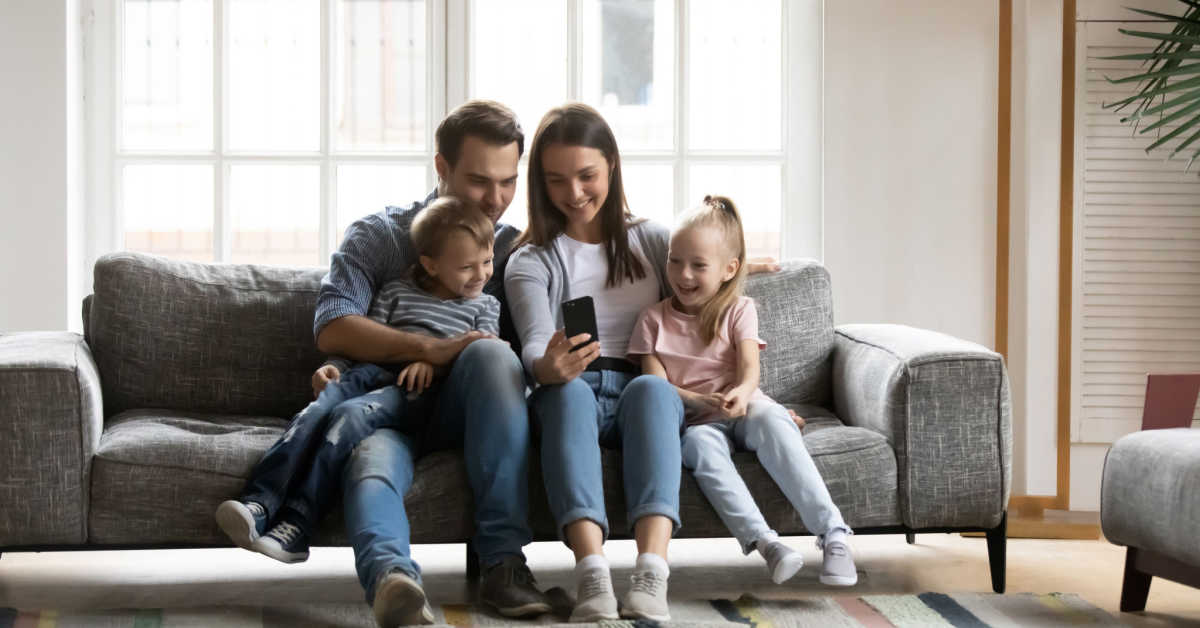 You may believe that it is better

While the increase in home prices has