First-time homebuyers to be hit hardest by inflation in 2022 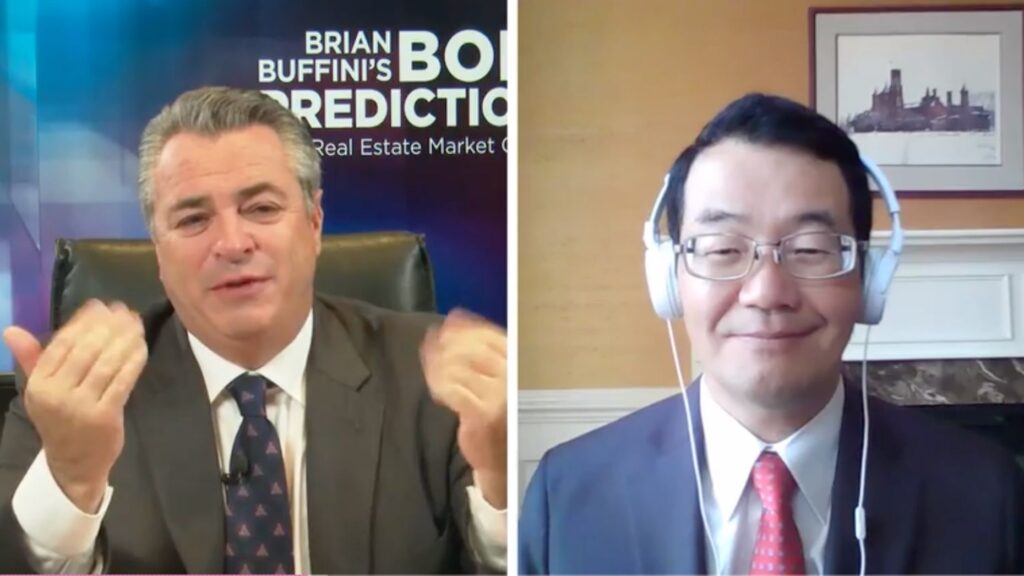 When greeting virtual attendees for his “Brian Buffini’s Bold Predictions: 2022 Real Estate Market Outlook” presentation on Monday, Buffini urged his audience to be selective and discerning when it comes to listening to all the advice out there.

“Not all content is created equal and not all opinions are equal,” cautioned Buffini, who owns the real estate coaching business Buffini & Company.

But Buffini pointed out that over the course of his career, he’s given 33 predictions about the real estate market, and 31 of them have come to pass, which is a pretty solid track record.

“The purpose of this show is to give you and your customers peace of mind,” he added, while urging viewers to challenge what they hear, analyze the sources of their information, and also be cognizant of their own biases when taking in information.

With that said, here’s what Buffini, and his guest, NAR Chief Economist Dr. Lawrence Yun, had to share about how the market is shaping up for 2022.

Current state of the market

Buffini got into the meat of his presentation by highlighting some key stats from the National Association of Realtors (NAR) from 2021. NAR membership for 2021 is expected to grow to 1.52 million members by year’s end, up from 1.48 million in 2020.

While that growth is exciting, it also signals a drop in experience among the Realtor population, Buffini noted. 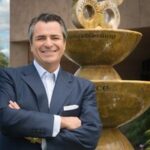 “One of the dynamics of the fast growth of the industry …  is that we’ve had a precipitous drop in the years of experience,” Buffini said.

The average Realtor experience dropped from nine years of experience in 2019 to eight years in 2020. “That’s a precipitous drop,” Buffini said.

Turning to homebuyer profiles, Buffini said that first-time buyers made up 34 percent of all homebuyers in 2021, up from 31 percent in 2020, and 11 percent of home purchases during 2021 were for multigenerational homes.

Amidst a wildly competitive year, nearly 30 percent of buyers paid more than asking price for their home over the course of 2021.

And having an agent to help them find the right home was a buyer’s priority for 52 percent of buyers. Significantly, 90 percent of buyers would recommend their agent or use them again — but Buffini pointed out that most agents neglect to keep up their relationships with those clients through regular communication, a fault he tries to address through his coaching program.

Yun painted a wider picture of the current state of the economy.

The unemployment rate “can be said to be essentially back to normal,” Yun said, now that it’s come down to about 5 percent. “But that’s not the full picture,” he added.

To count as being unemployed, a person also has to be searching for a job and Yun noted that many have just left the job market due to various factors surrounding the pandemic, like the desire to get a better job than they had previously or newly pressing caregiver responsibilities. Now, the nation is about 4 million jobs short of pre-pandemic numbers.

As far as real estate specifically is concerned, Yun said that as the year winds down, the intensity of multiple offers is certainly declining and the market is abating a bit. But, the fall and winter of 2021 going into 2022 is still poised to be the second-best fall/winter market in the last 15 years (only behind last year’s fall/winter market) and agents could see something of a “mini-surge.”

Overall, the total number of sales over the course of 2021 is currently on track to exceed last year’s sales by about 7 percent, rising from 5.7 million home sales in 2020 to about 6 million in 2021.

Moving into 2022, “I think the sales activity will be shaved modestly,” Yun said, as a result of slightly higher mortgage rates.

“That inflation of products and services, that’s real,” Buffini said. “What we see is that increase from inflation is affecting not only pocketbooks, but also people’s ability to qualify.”

With the end to the federal mortgage forbearance program and increased new-home construction, Yun said  inventory should get a boost in spring 2022.

Still, even with more inventory coming, agents can expect to be busy moving contracts at a quick pace as buyers seek to take advantage of interest rates before they rise more, and to beat out other buyers trying to do the same.

“You see [inflation] everywhere,” Yun said. “So anytime there is a rise in inflation, that means lenders, when they lend the money, the money that is taken back at a future date has lost some purchasing power and they need to compensate from that.” So rising rates are clearly on the horizon.

Yun also gave a word of caution to agents who have only recently entered the field and had the thought that “this is the best decision they’ve ever had,” he said. Once the market cools down a bit, he noted that it could be more challenging for agents because clients won’t just come flocking to them.

While Yun said he admires the “entrepreneurial spirit” of NAR members entering the industry, the stats for new agents “imply that not everyone will succeed.”

Buffini himself said that inflation will definitely pose a challenge for agents moving into 2022.

He said that the Federal Reserve will likely raise rates late in third quarter or early fourth quarter of 2022. According to Buffini’s data and predictions, rates are most likely to hike up in September (92 percent likely) through November (94 percent likely).

He therefore advised that agents try to move deals along as quickly as possible now before rates rise much higher.

“By summer time, if you have someone in the pipeline and they’re rate-sensitive, you’re pushing them hard,” Buffini said.

In other words, “make hay while the sun shines,” he advised agents, and work hard through winter and the summer — then invest some of those profits and tuck some away into savings.

First-time buyers will most likely feel effects of inflation the hardest, Buffini added. Increased inflation will also create more real estate demand, as it’s generally viewed as one of the best hedges against inflation.

But, moving into mid-year, the market will likely start to see a slow down and fewer offers over-asking. With higher income individuals having largely suffered the least as a result of the pandemic, high-end real estate will be the last sector of the market to slow down, he added.

In short, as the market begins to slow down, real estate professionals need to get down to the fundamentals and get their business into position as it cools, Buffini said, or else they may suffer the consequences of inexperience.

Moving into 2022, Buffini advised that agents hunker down on the basics of their training.

Have fun with the fundamentals by doing things like pop-bys, Buffini said. “There is nothing like face-to-face.”

In addition, do the old standbys of sending notes in the mail and making phone calls to your network. “It’s time to reconnect with people,” he said.

Buffini also urged agents to remember to practice self care, especially during this crazy market. Agents should make time to celebrate their victories and take a break to refresh.

Do a comparative market analysis in January for anyone you sold a home for in 2021, Buffini also advised. On top of that, agents should make an in-person visit to their top 20 clients from the last year — and be sure to ask them if they know anyone who needs representation.

In closing, Buffini urged viewers to prioritize training opportunities for 2022 and make a plan for what training they’ll attend.

Falling back on a traditional Navy SEAL quote, Buffini said, “Under pressure, you don’t rise to the occasion, you sink to the level of your training.”

Agents who want to access Buffini’s free resources to get 2022 started off right can find them on his website.