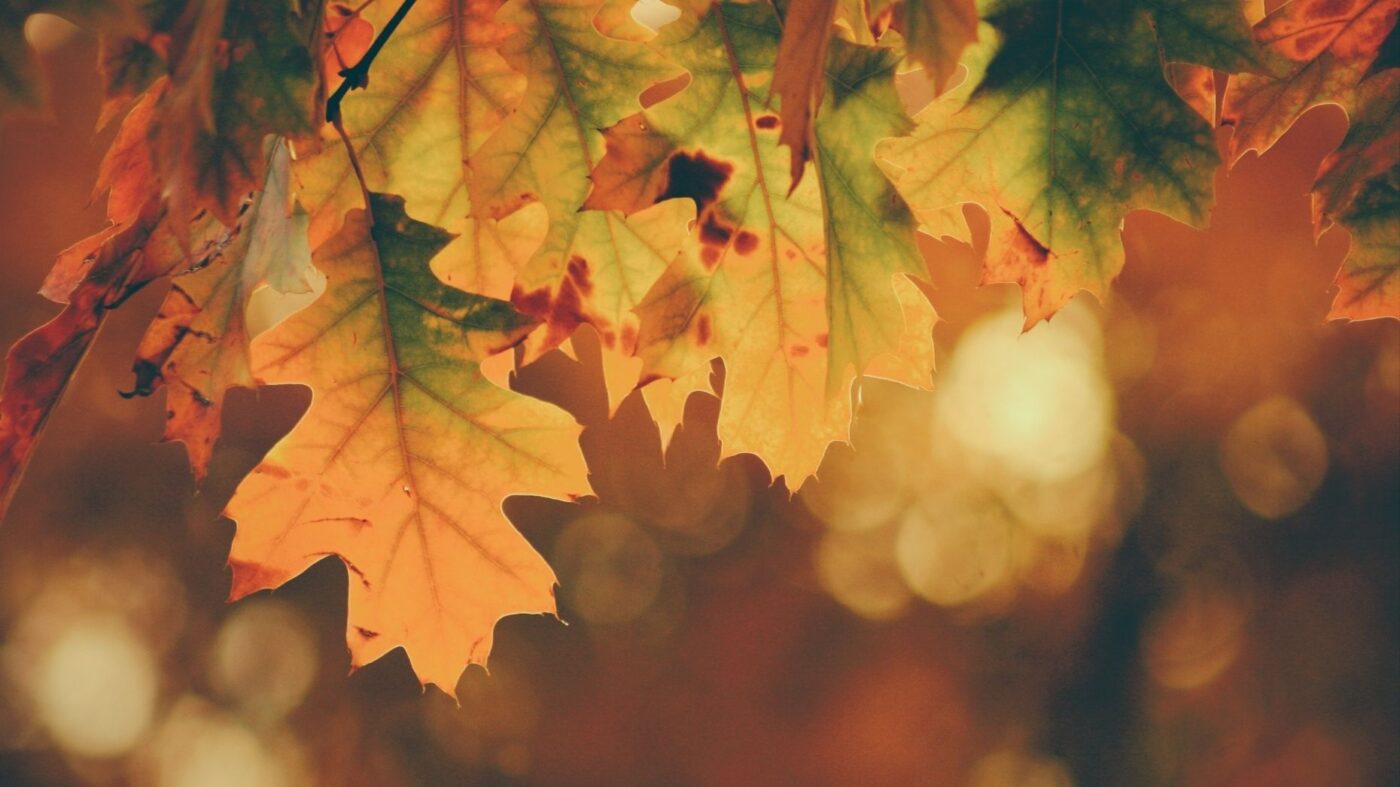 During the four-week period ending Sept. 5, pending sales rose 6 percent from a year earlier, according to a report released Wednesday by Redfin. 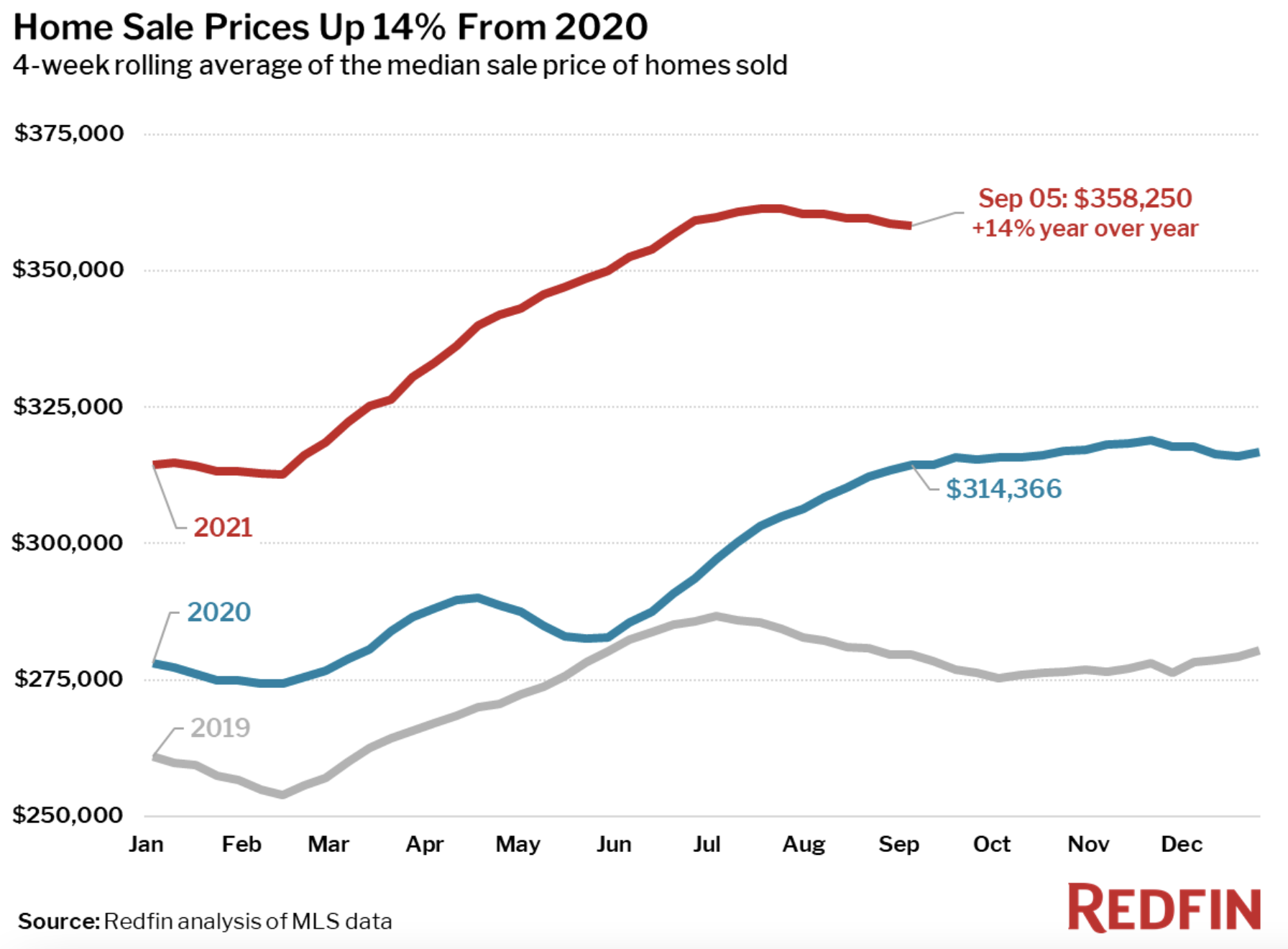 “More homes were listed this summer, but they were quickly snatched up by homebuyers even as bidding wars have become more rare,” Redfin Lead Economist Taylor Marr said in the report. “The market hasn’t cooled off any further than it usually does this time of year, and we expect homebuying demand to remain strong through the fall.”

Asking prices were up 10 percent year over year to a median of $353,500, which is about where asking prices were in late April, but down 2 percent from a record high reached during the four-week period ending June 27.

Meanwhile, 34 percent of homes that went under contract had an offer accepted within one week of being on market, up from 31 percent the previous year.

Homes spent a median of 19 days on market before being sold, up from a record low of 15 days, which was set in late June and July, but down from 33 days during the same period the year before. 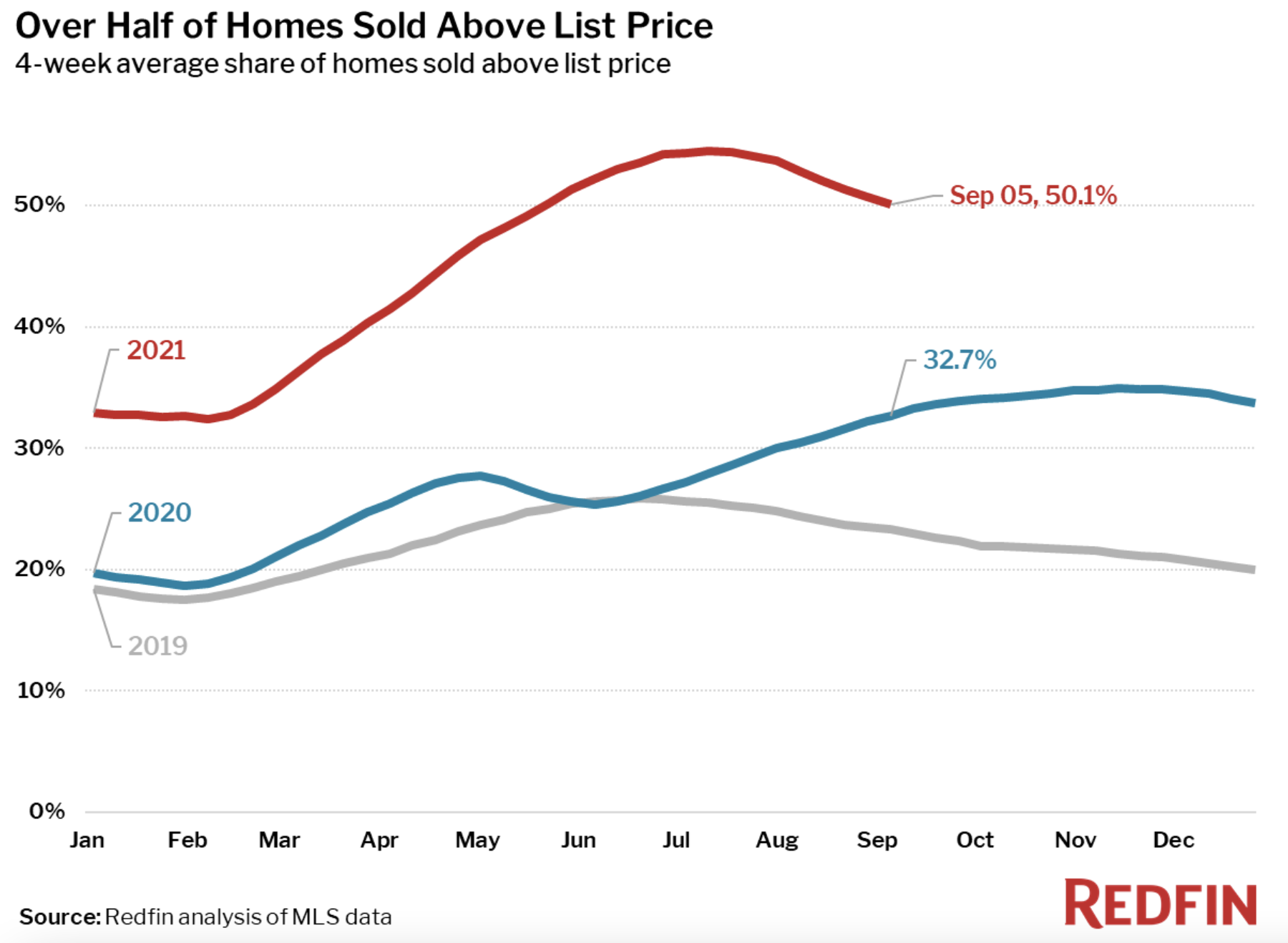 Half of homes sold above list price, up from 33 percent of homes the year before. That metric has been gradually declining since mid-July when it hit a peak of 55 percent.

An average of 4.9 percent of homes for sale each week saw a price drop, up 0.8 percentage points from the year before, and the highest level reached since the four-week period ending October 13, 2019.

It’s all historically relative! An economist for

The number of home and condo sales

Affordability improved on a national and regional

Driven by double-digit gains, the sales for