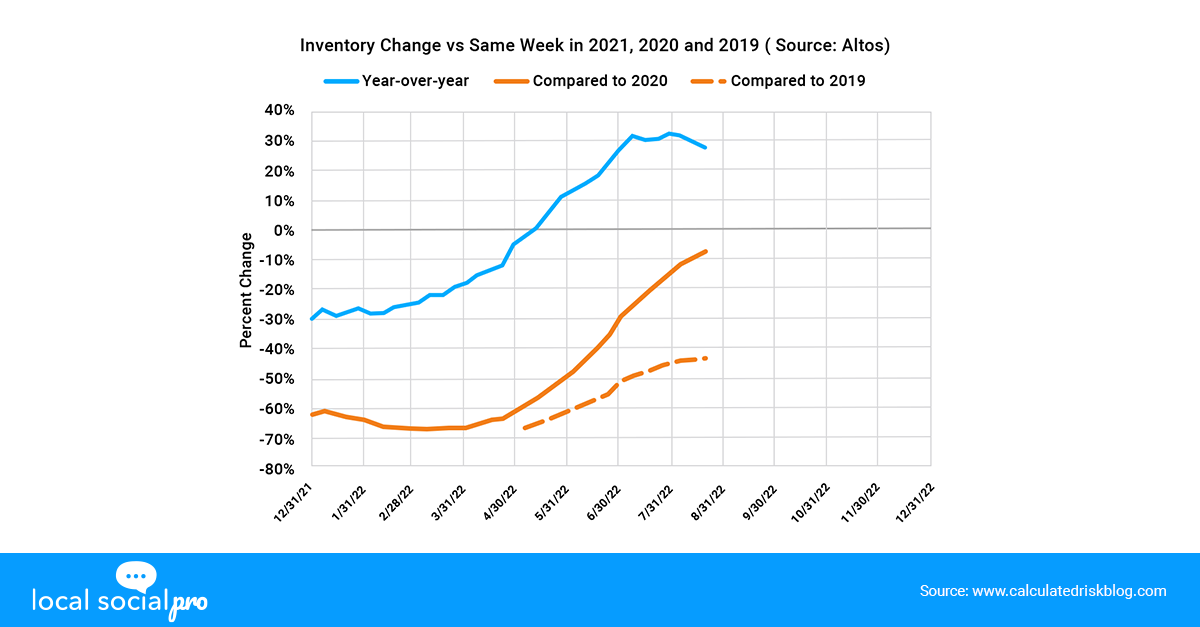 It’s understandable that the stream of seemingly disparate news, information, and speculations regarding the future of the housing market has left people perplexed. If you’ve been looking for a home in the last few years, it may have seemed as if there was a huge “No Available Homes” sign hanging in the buyer’s market. Many people believe that the housing crash in 2008 is likely to happen and any current economic downturn news could bring all those worries back to the spotlight. Although those emotions are reasonable, evidence can convince you that the situation now is very different from what it was back in 2008.

There is one apparent reason why housing prices won’t fall: The supply of homes are significantly behind the demand for homes. Early in 2022, the number of available existing homes for sale fell to record lows. The National Association of Realtors reported a two-month supply of homes for sale in March, despite the fact that the shortage has considerably lessened. That is significantly less than the 6 months of inventory that economists claim to indicate a stable market, one that neither buyers nor sellers want.

The housing market right now is the most undersupplied in recorded history.

Even if construction slowly began to take up again in recent years, problems with the world’s supply chains slowed down the advancement. According to the National Association of Home Builders, price hikes for building materials including timber and oriented strand board (OSB), a commonly used structural wood paneling, are a factor in the major slowdown. According to a NAHB review of official statistics, there were 824,000 single-family houses under construction in the US in June, more than at any other point since October 2006. Unsold inventory has increased significantly in part as a result of manpower shortages and supply-chain interruptions that congested the production stream. There aren’t enough homes for sale to bring down prices. To tip the scales in favor of a buyers’ market, there would need to be a torrent of people preparing to sell their homes and there just isn’t that much movement. On the plus side, we continue to see monthly price rises, and inventories keep setting record lows, which appears to be good for future values. Existing house sales are very near to the impressive levels recorded in late 2019. Despite being down from the record highs of early this year. Simply put, the current housing statistics continue to be positive.

Any housing downturn is expected to present itself unevenly. Home prices are not anticipated to decrease; rather, they are predicted to be unaffordable in metro regions that are experiencing population expansion and inventory constraints. We are convinced that there won’t be a housing bubble based on the facts and data provided. One word sums up the fundamental justification: inventory.